Get fresh music recommendations delivered to your inbox every Friday.

When I grow up (A song for children in need) 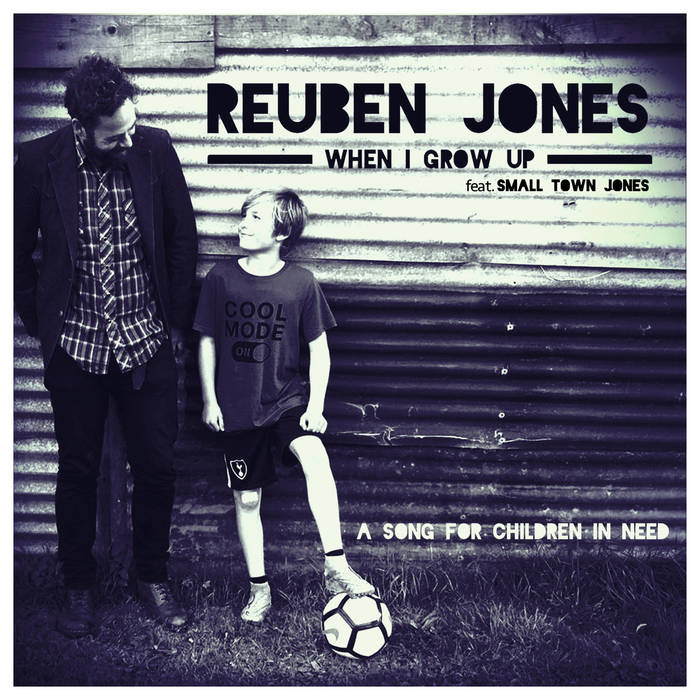 During the summer holidays my 9 year old son Reuben suggested, for fun, that we try and write a song together. What happened next has been a real unexpected set of events.

My son Reuben loves his music just about as much as his football and the simple idea of us writing a song together as a father/son summer holiday project turned out much better than we expected.

As a result we decided to develop it further by spending a day with my friend Mike recording the track at his studio in Yarnscombe, Devon. (of which he did a brilliant job)

Once recorded I asked Reuben what he felt we should do next with the song. He suggested that we somehow use it to raise money for children in need, which I thought this was a great idea. So we set about making the song available to buy as an online download with all monies made going to aid the BBC children in need charity.

Incredibly, as a result of sending the song onto a few of my contacts at the BBC, Reuben and I were given the opportunity to play the song live on TV on the BBC Children in Need South West Regional show on November 17th!!

We also took the song out to play live locally wherever we could including a small local school assembly tour, local open mics and a special night at Saunton Road studios on Friday 20th October to celebrate its release.

In all the time I’ve made music it’s always been an interesting and varied journey but making this with my son is next level stuff for me and its an understatement to say how proud I am of him.

Reuben and I really appreciate your support so please buy as many copies of the song as you can, stream it until you are sick of it but please spread the love. Dreaming big, it would be amazing if to see the 9 year old son of a Small Town songwriter get a song featuring in the charts for such a great cause!! Thanks so much for your support. Jim X

In these short years, what I have learned
Is these go hand in hand
Working hard & having fun
and trying the best you can

In these short years, what I have learnd
Is these go hand in hand
Working hard & having fun
and trying the best you can

The last couple of years have proved promising for Devon based singer songwriter Small Town (Jim) Jones. Having provoked numerous great reviews including a four-star review in Q magazine a 5 star review in Maverick, Jim is making some noticeable waves. He is becoming more widely known after BBC Radio 2's Dermot O Leary featured them on his Saturday sessions and frequently plays his music. ... more

If you like When I grow up (A song for children in need), you may also like:

Bandcamp Daily  your guide to the world of Bandcamp

Kari Faux drops off her deluxe album 'Lowkey Superstar' plus tunes by Shunaji and Samplelov.